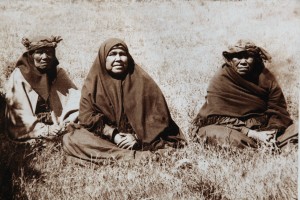 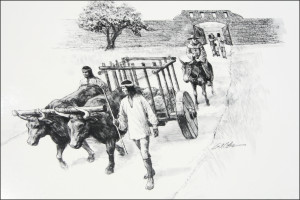 Primary resources consist of those documents, including historic newspapers, reports, letters, diaries, paintings, and artifacts, needed to interpret the past. In this instance, we have added digitized documents penned by prominent personalities of the period.

Historic photographs, illustrations, lithographs, and paintings all constitute a key resource for documenting the California missions.  We have added selected historic photographs here for your use in the classroom.

Secondary resources consist of those interpretive works resulting from research based on primary resources and other second-hand studies by academic and community scholars and or avocational enthusiasts. Much of the literature on the California missions consists of such  interpretive studies.

A host of early California maps exist to document the cultural and historical geography of the Mission era, and land claims of the ranchero or rancho traditions of Mexican California (1821-1848) and beyond.